08/10/10 News reports from Alaska this morning report that former Senator Ted Stevens has died in a plane crash. Here’s 3 images I took of him over the years:

[Senator Stevens is introduced by his best friend Senator Daniel Inouye during a luncheon at the JW Marriott in DC in 2004.]

[From my notes: In a Senate hallway on 6/27/02, Senator Stevens says to me “Will you be our photographer?” He and Senator Byrd are both wearing Red, White and Blue flag ties in reaction to the 9th circuit court decision yesterday that it’s unconstitutional to recite the Pledge of Allegiance in classrooms. Stevens: “We both had the same thought”.] 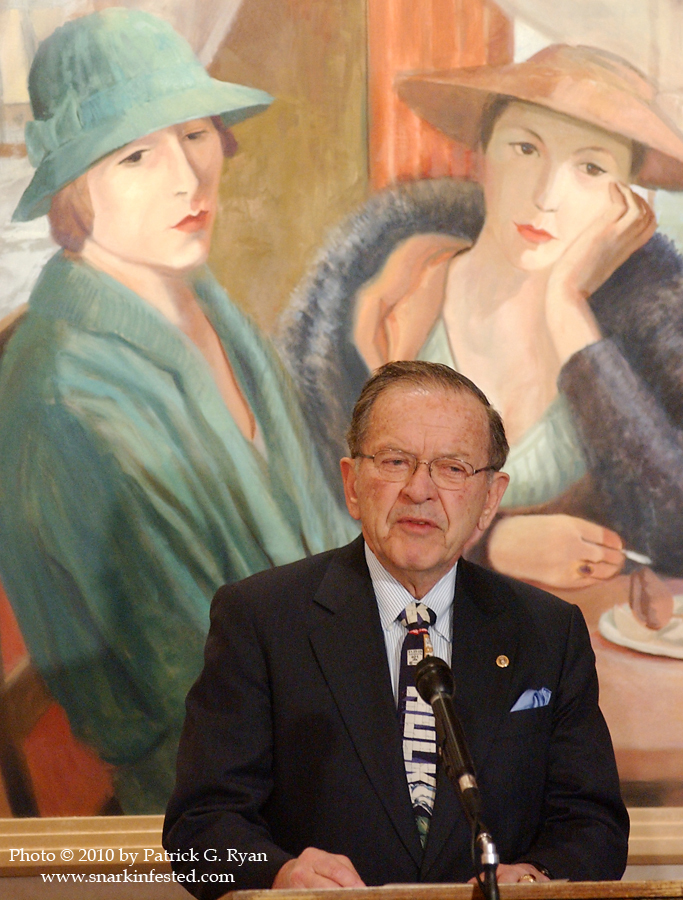 [Senator Ted Stevens gives a speech at La Colline breakfast in ’05 on IT and FCC issues with figures in the painting behind him looking bored. Note also he’s wearing his Incredible Hulk tie.]