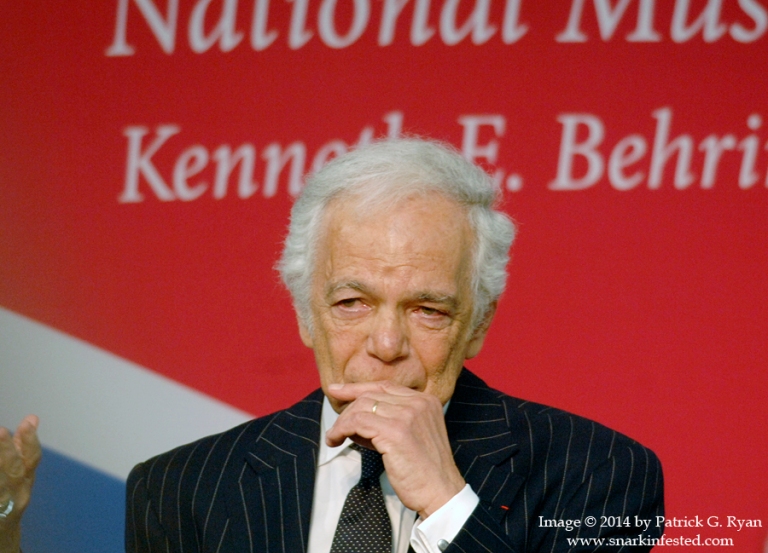 06/17/14 American fashion designer Ralph Lauren weeps after being awarded The James Smithson Bicentennial Medal at the Smithsonian’s National Museum of American History on Tuesday morning. The medal was presented by Hillary Clinton who credits Lauren’s $10 million contribution to the Smithsonian with helping preserve and restore “The Star Spangled Banner” – the flag which flew over Ft. McHenry during the War of 1812 and inspired our national anthem.