09/10/11 There’s a military re-enactment at George Washington’s home this weekend. I went on Saturday afternoon. 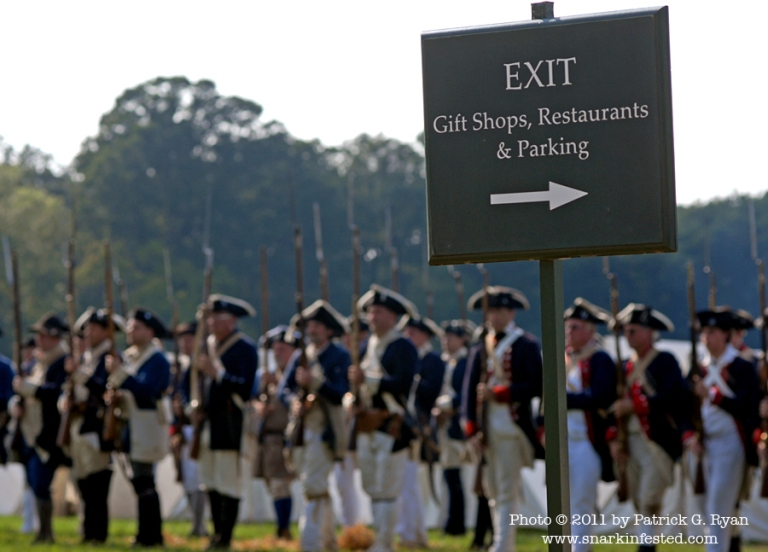 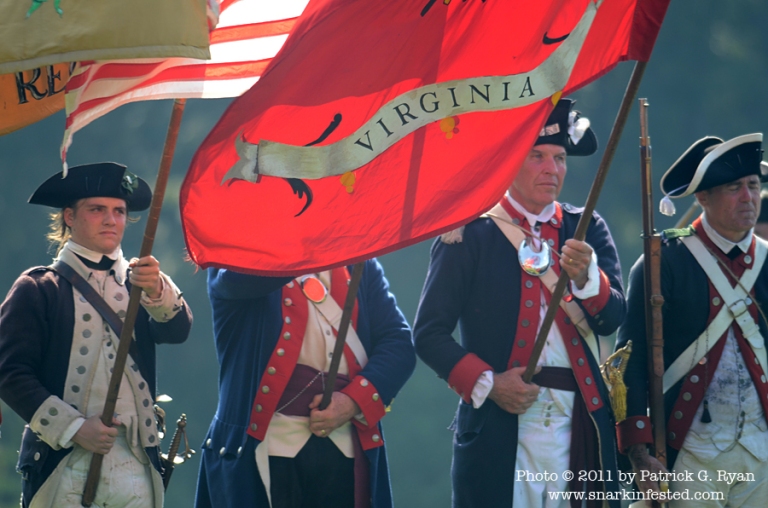 [The General with my niece Maura and neff Kieran.] 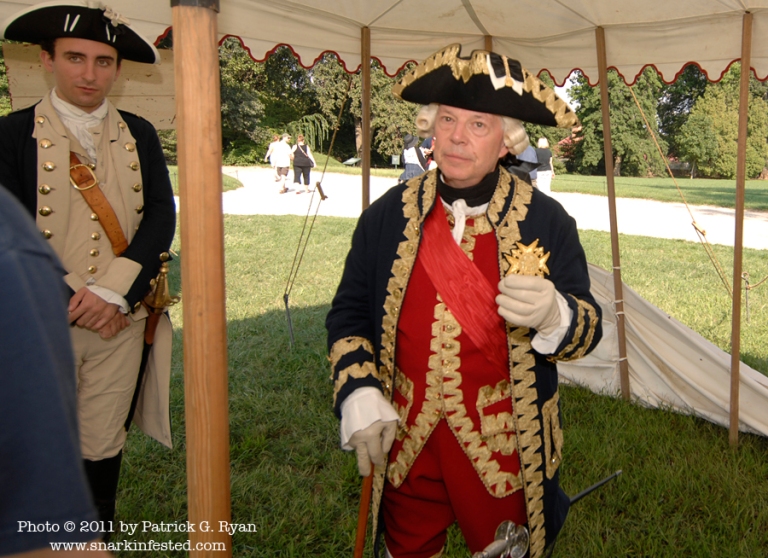 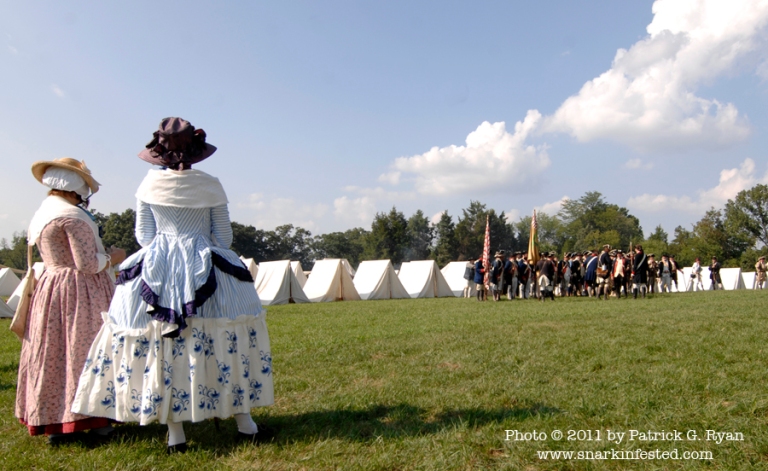 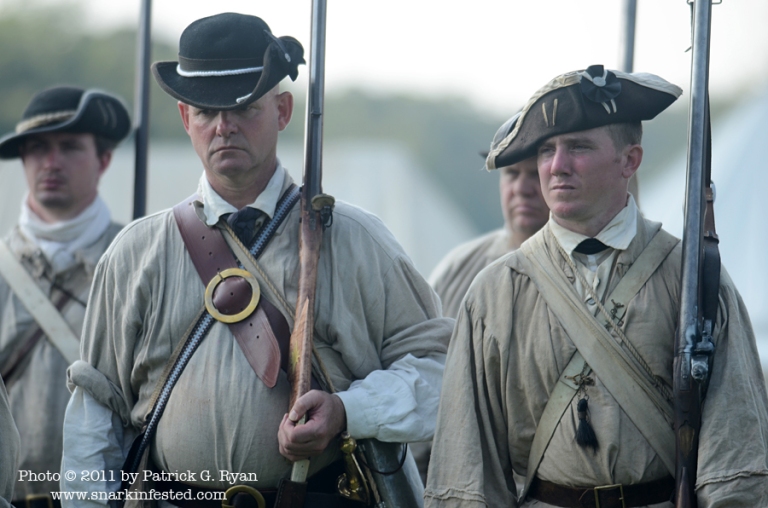 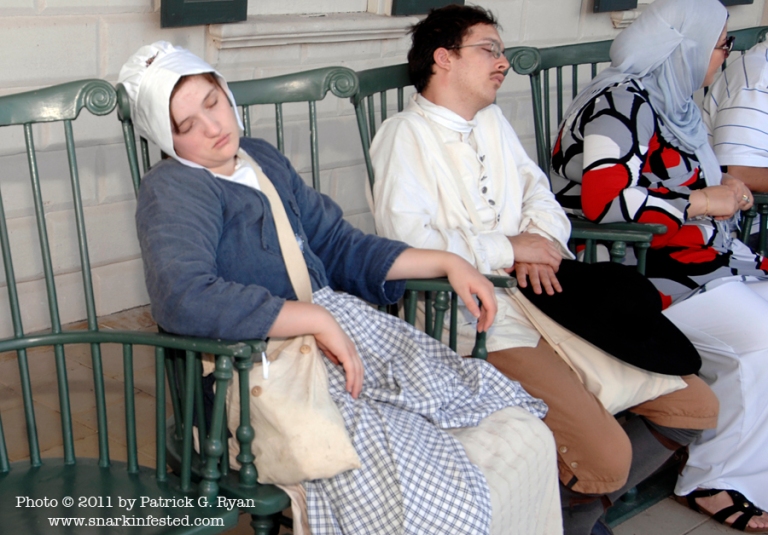 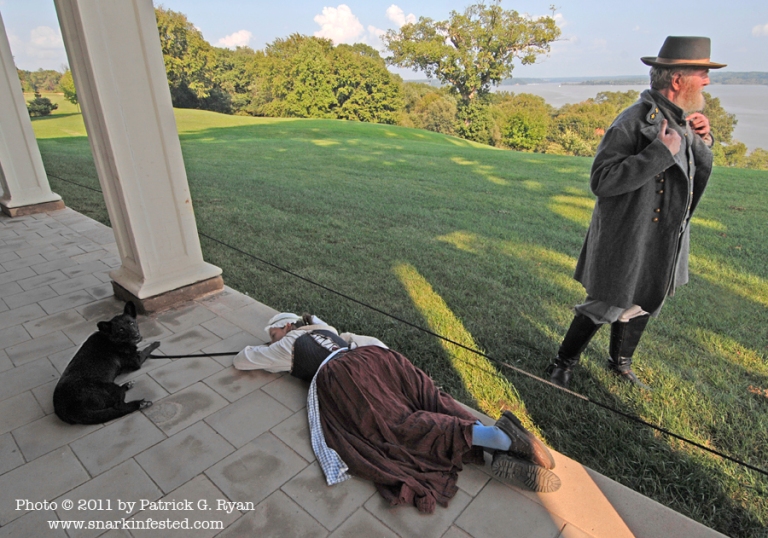 [Re-enactor naps with her dog while, inexplicably (perhaps he got the wrong location/wore the wrong uniform?) a re-enactor dressed as Robert E. Lee surveys the view from Mount Vernon’s lawn.]