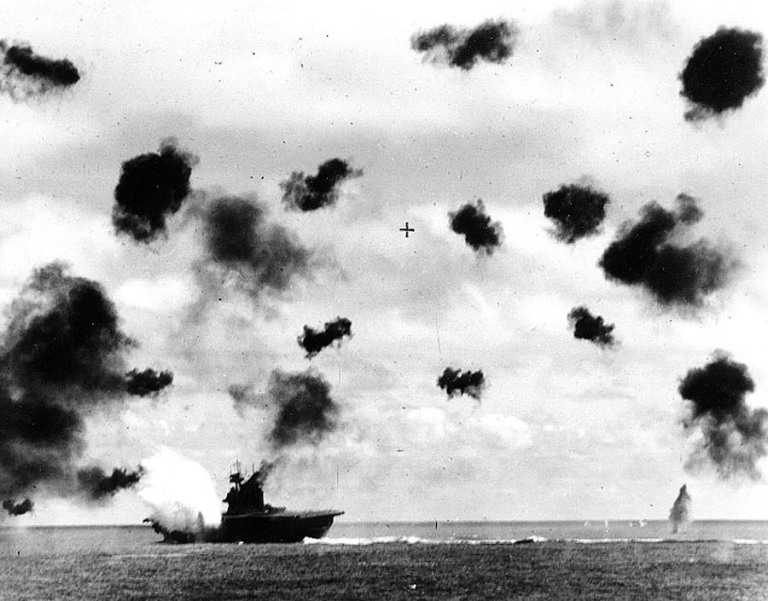 06/05/11 Here’s an amazing photo I came across recently. I wanted to post it yesterday – since June 4th is the anniversary of the Battle of Midway, perhaps the most decisive naval battle in history  – but I had an all day photo shoot which kept me away from my computer.

USS Yorktown (CV-5) is hit on the port side, amidships, by a Japanese Type 91 aerial torpedo during the mid-afternoon attack by planes from the carrier Hiryu, in the Battle of Midway, on June 4, 1942. Photographed from USS Pensacola (CA-24). Yorktown is heeling to port and is seen at a different aspect than in other views taken by Pensacola, indicating that this is the second of the two torpedo hits she received. Note very heavy anti-aircraft fire.

PD USN photo of USS Yorktown at Midway, #80-G-414423, downloaded from http://www.history.navy.mil/photos/events/wwii-pac/midway/mid-8.htm and cropped, 740px across