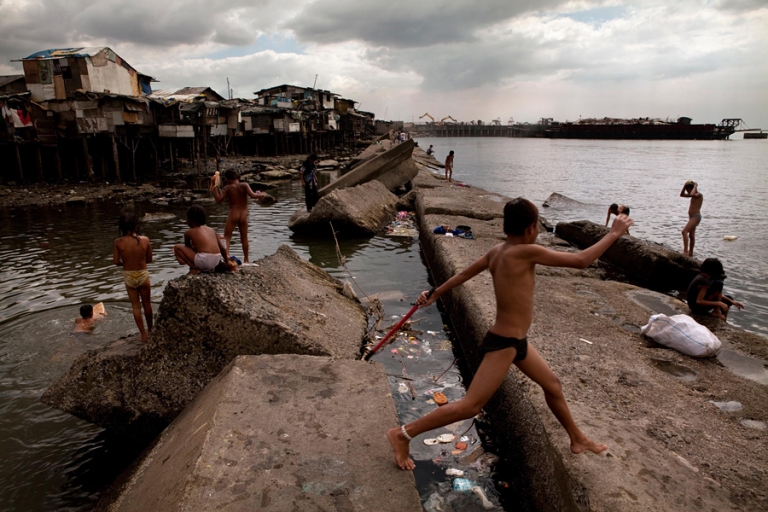 From the press release:

WASHINGTON, D.C. (May 16, 2011)—River degradation. Torrential rains in Brazil. The consequences of nuclear power in Eastern Europe. All environmental issues captured through the lenses of professional photographers in the exhibition E • CO at the American University Museum at the Katzen Arts Center beginning Saturday, June 4.
The exhibition is the culmination of the works of 20 photo collectives (groups of photographers who showcase their work together) from across Latin America and Europe. It was first shown in Madrid, Spain, in conjunction with E • CO 2010, a meeting organized by the Ministry of Culture of Spain to highlight professional photographers’ challenges and needs in the rapidly evolving digital media landscape.
Each collective has a different take on what “environment” means and how to present it. A Mexican collective focuses on a “rainmaker” (a man in Mexico who survived a lighting strike as a child and believes according to pre-Hispanic tradition that he has the ability to talk to nature and ask that water sprinkle his crops). A Portuguese collective uses images of mounted and stuffed animals (taxidermy) to focus on the loss of biodiversity in Portugal. A Spanish collective’s work shows how the cost of responsibly disposing of electronic waste has led to uncontrolled contamination of third-world nations.

One thought on “E*CO at AU”