[Croatian Marin Cilic – who will be #4 Seed in 2010 Legg Mason Tennis Classic helps with putting the names in the bracket after they are drawn at random.]

07/30/10 Today was the Official Draw for the 42nd edition of the Legg Mason Tennis Classic which kicks off on Saturday, July 31 and runs through Sunday, August 8. Mayor Fenty presented a “Tennis Week” proclamation and VIP guests drew players’ names to complete the Main Draw Singles bracket for the tournament. 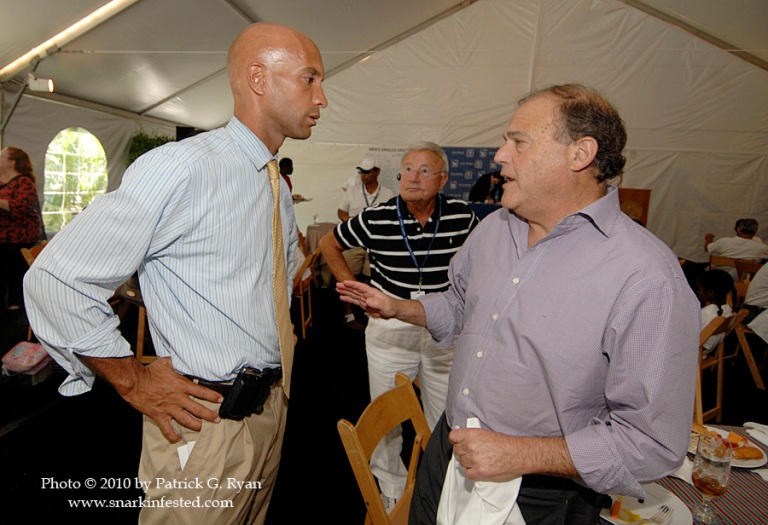 [WTOP radio reporter Mark Plotkin cornered Mayor Fenty to persuade him to commit to being on his politics program next Friday.]

UPDATE! 08/05/10 The Mayor was a no-show for Plotkin’s program so Plotkin spent the first few minutes denouncing the Mayor as a “potted plant” for going to an event with President Obama instead of coming on his show.