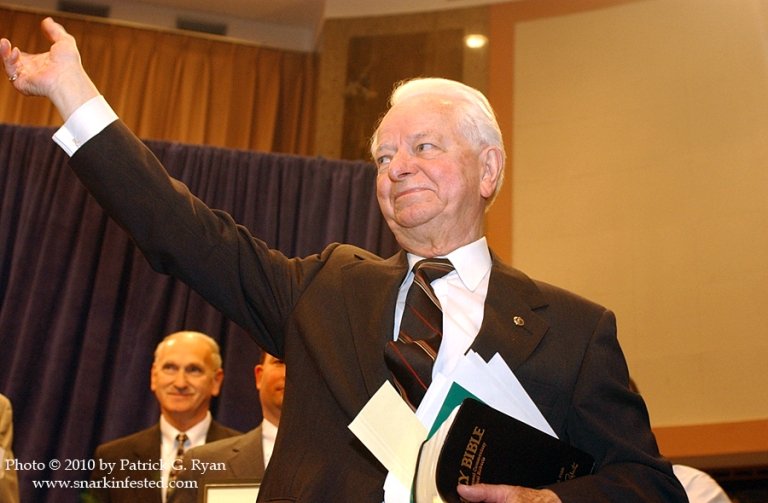 06/28/10 West Virginia’s Senator Robert Byrd passed away this morning. The longest-serving member of Congress, former Klansman and king of pork barrel politics was 92. Here’s a photo I took of the Senator in 2002 as the National Rural Water Association presented him with it’s environmental award. He read some passages from his King James version of the Bible on water as part of his acceptance speech.