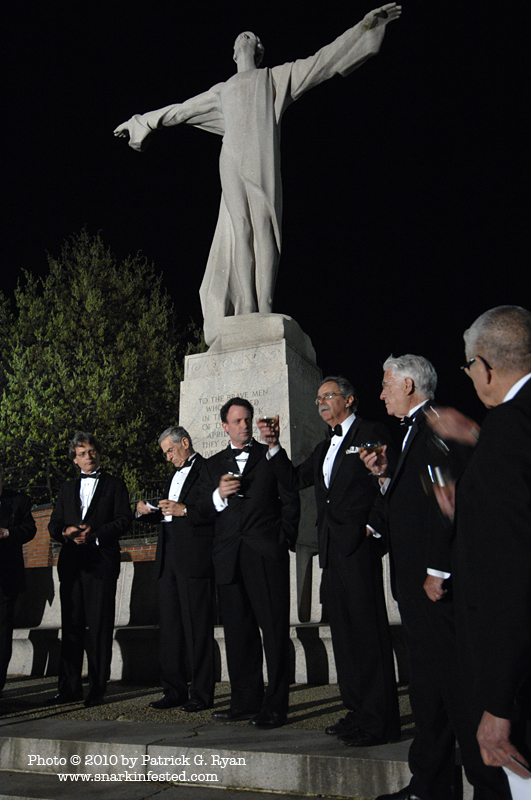 04/15/10 The Men’s Titanic Society toast the courage of the men aboard the doomed liner Titanic who willingly responded to the call of “women and children first!” and went down with the ship. This is the 32nd year the Society has marked the anniversary of the 1912 sinking. They gather at the Titanic Memorial – a hidden jewel of outdoor Washington sculpture – located at 4th and P Streets SW at 12:30a.m. which marks the time the ship broke apart and sank after hitting an iceberg.