01/27/10 In recognition of International Holocaust Remembrance Day, the United States Holocaust Memorial Museum held a special commemoration with Holocaust survivors, diplomats and the general public in the Museum’s Hall of Remembrance. 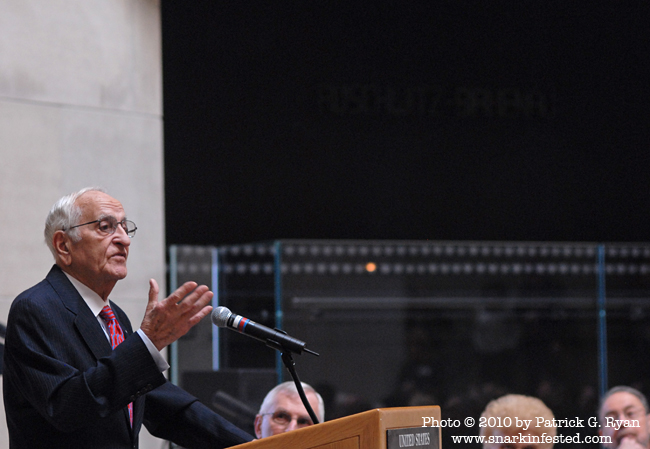 Holocaust Survivor Henry Greenbaum. As a boy, he managed to survive the death camps despite once being shot [the bullet grazed the back of his head] during an escape attempt.

[Members of the audience weep as Henry Greenbaum tells of how his family was murdered by the Nazis.]

January 27, the anniversary of the liberation of Auschwitz-Birkenau, has been established by the United Nations General Assembly as International Holocaust Remembrance Day for the world to honor the victims of the Holocaust.  2010 marks the 65th anniversary of the liberation of the largest Nazi killing center by the Soviet Red Army on January 27, 1945.  More than 1.1 million people, mostly Jews, were murdered at the camp.