12/04/09 Tai Shan (tie-SHON), the first surviving giant panda born at the Smithsonian’s National Zoo in 2005, will be sent to the People’s Republic of China in early 2010, as stipulated in the [really poorly drafted] agreement between the zoo and the Chinese government. He’s clearly not happy about the whole thing.

Just to make the whole situation more maudlin, the zoo further announced that Tai Shan, whose name means “peaceful mountain” in Chinese, “will be trained to enter and calmly remain in a specially designed crate for his flight to China.” I suggest sending back a large rabid raccoon instead and pretending not to know what they are talking about when the Chinese complain. Surely that would be the mature way of dealing with this debacle. 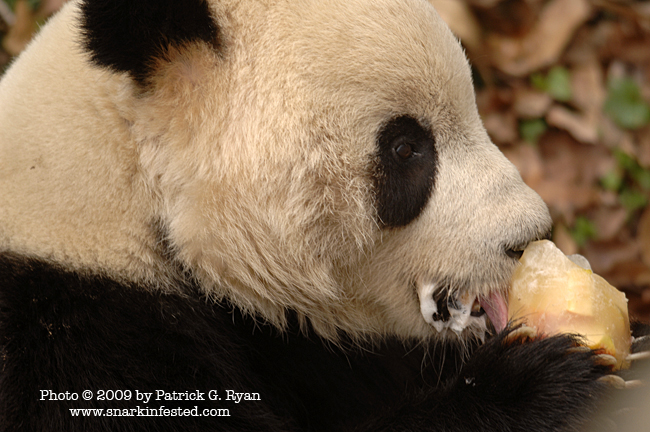 [Tai Shan is eating a block of frozen juice with chunks of apples inside.]