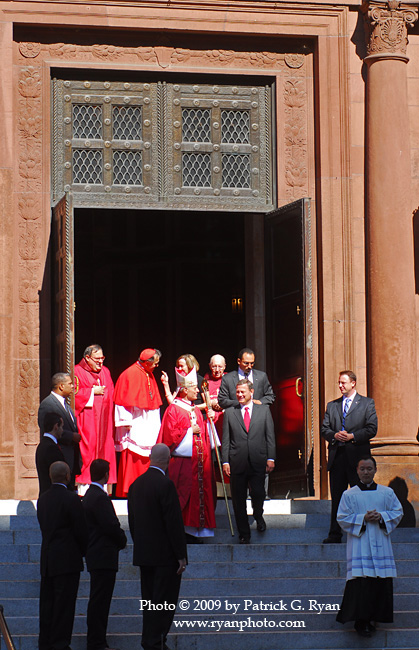 10/04/09 The 1st Monday in October is the traditional start of the U.S. Supreme Court’s term.  For 56 years, the Red Mass has been held on the Sunday before the first Monday.  Its purpose is to invoke God’s blessing on the courts and all public officials. It’s called the Red Mass because the priests wear red vestments to represent the Holy Spirit and to recall the scarlet robes worn by royal judges long ago. Washington has had a Red Mass since 1953 but the tradition goes back to the 13th century.  The Red Mass marked the official opening of the judicial year of the Roman Rota and the French King Louis IX (St. Louis) designated Sainte-Chapelle, the perfect Gothic chapel on the Île de la Cité in Paris as the chapel for the Messe Rouge 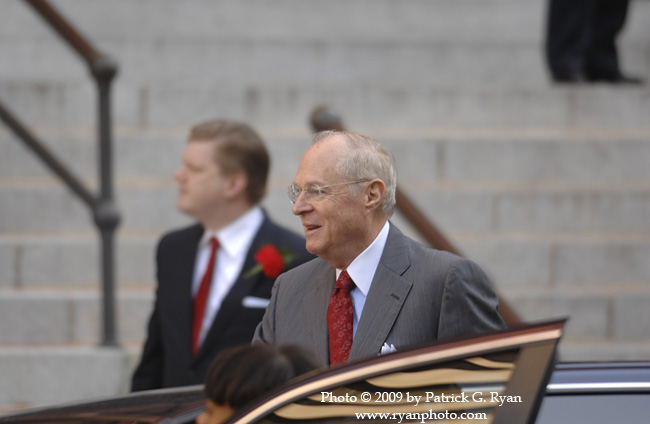 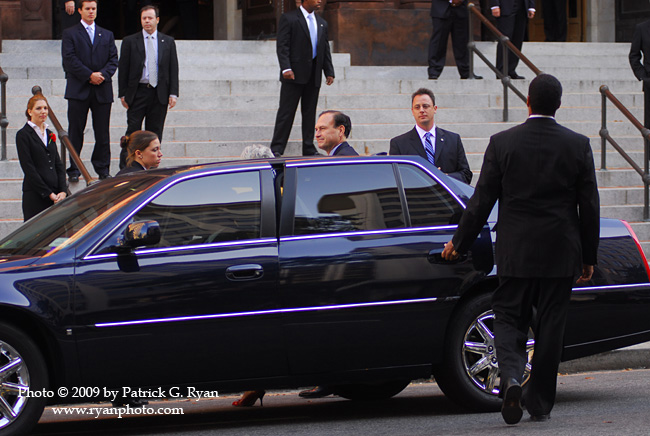 [The cathedral was filled to capacity and the fire marshal stopped letting more people in as Mass started.]

[This woman was part of the pro life protest and was upset about not being let in as Mass started. You can see the celebrants going up the stairs behind her.] 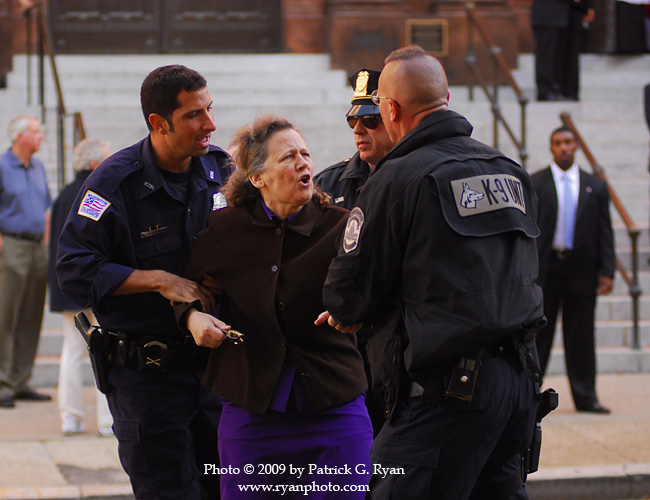 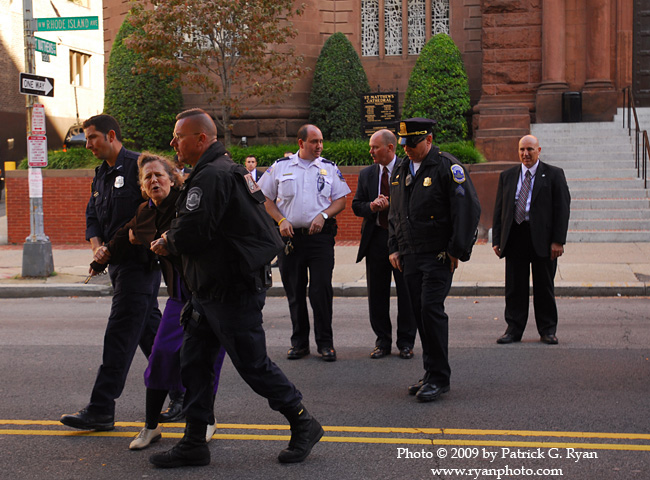 [This woman fainted and was taken away by ambulance.]

[Randall Terry on the bullhorn.] 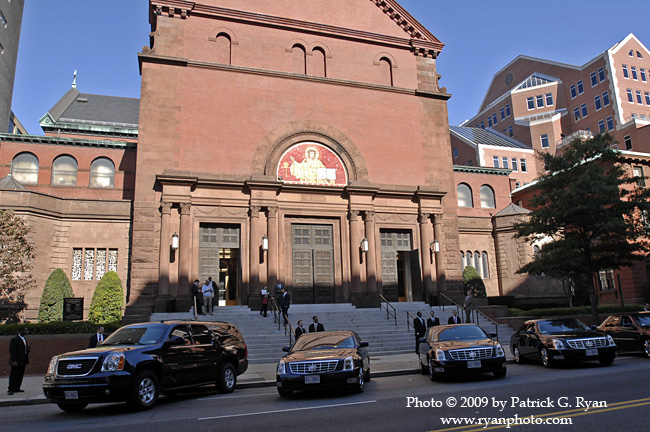 [VIP limos lined up for departure.]

[The crowd emptying out of the Cathedral. There are 5 Supremes in this photo.] 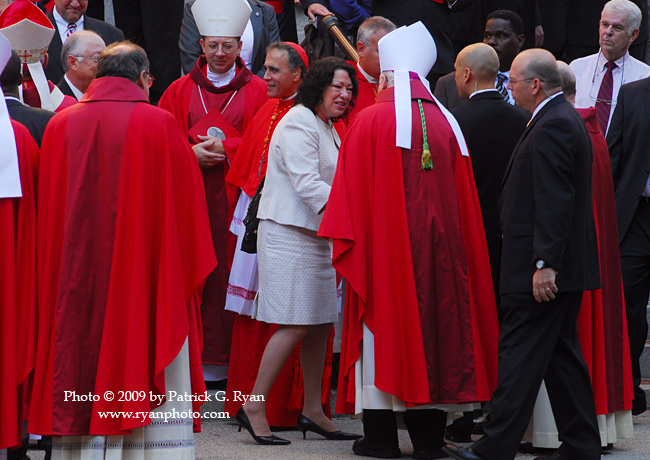 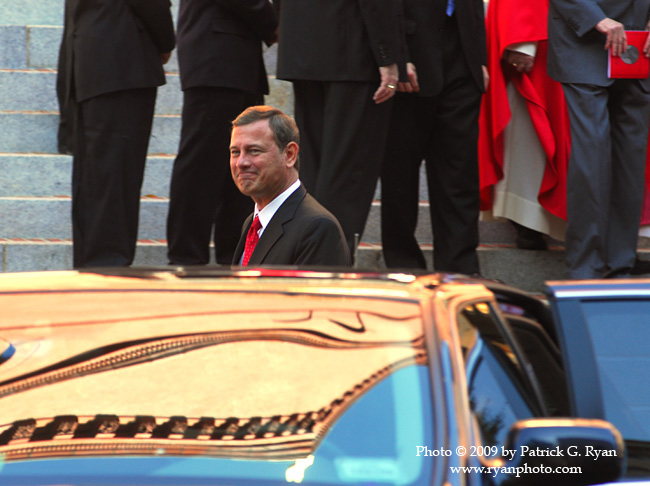