07/08/09 Anna Kournikova was in DC to play World Team Tennis with the St. Louis Aces  against the Washington Kastles but  announced before the match that she was unable to play due to a wrist injury she suffered during practice.

She did however host the Bloomberg Kids Tennis Clinic with players from youth groups across the city at the Kastles Stadium court. 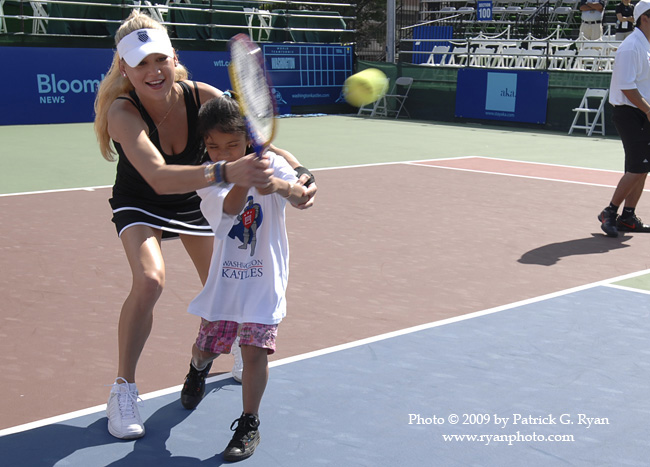 I think it’s great how the little girl has her eyes closed in the above photo. 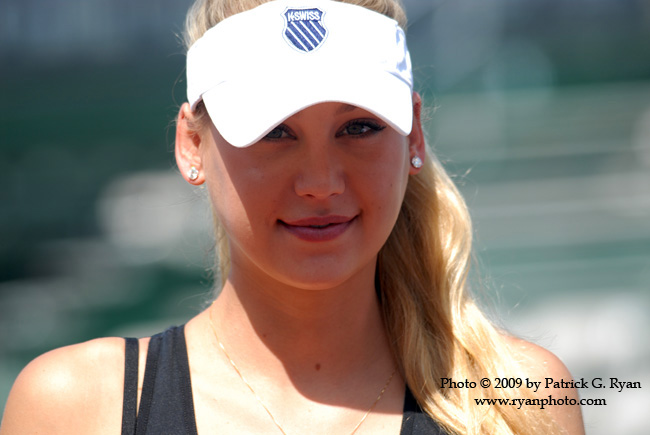 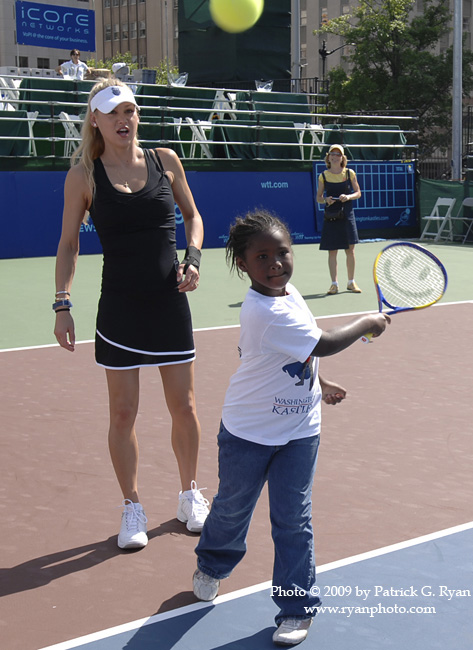 I managed to duck this shot but when I got back to my car later, I found a tennis ball in the pocket of my photo vest. The hits were coming fast and furious. 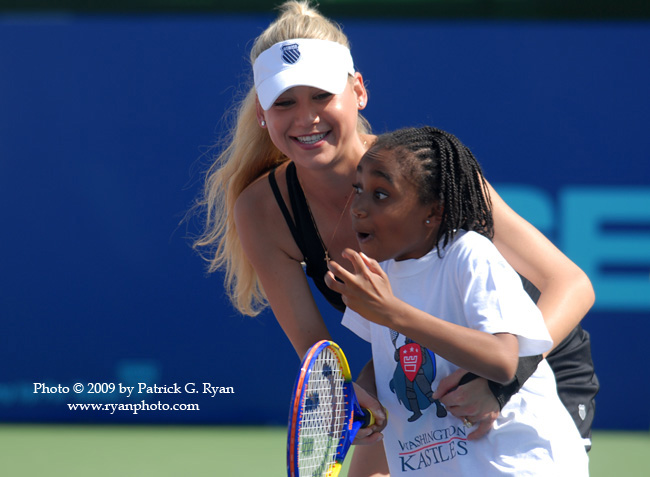 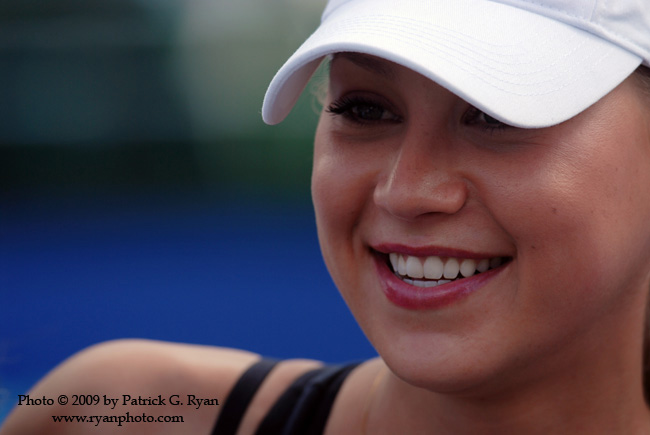 One thought on “Kournikova In Town”